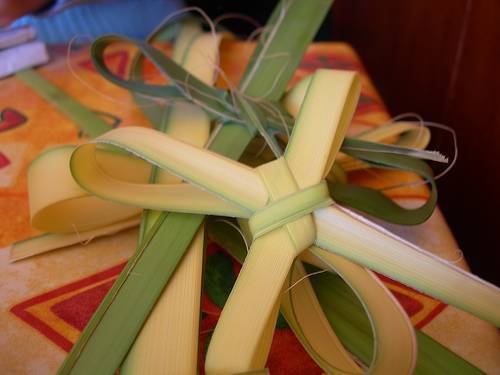 Palm Sunday marks Jesus’ entry into Jerusalem and the beginning of Holy Week.

When he was 12 years old, Jesse had a traumatic brain injury. His life instantly changed because his brain didn’t function the way it once did. Sadly, three years ago, his mother (who cared for him) died of cancer. Without his mom, Jesse’s life spiraled out of control. Two years ago, he survived the winter sleeping in a storage unit. Reaching out to Stella’s Circle, a Mission & Service partner, changed his life. Jesse’s story truly embodies the Easter message of transformation that began on Palm Sunday.

Enter into a visual prayer experience this Lent with Arts & Faith: Lent. Each week we’ll provide a video commentary about a work of art inspired by the Sunday Scriptures. Use these videos to take a new look at this season of spiritual renewal through the lens of sacred art.

In this Palm Sunday reflection, Rev. Stephen Fetter writes that, while the road to freedom offered by Jesus is hardly easy, it's worth working for.

When They Heard That Jesus Was Coming -  freebibleimages.org