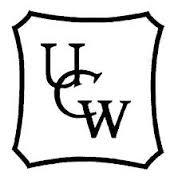 “To unite women of the Community of Faith for the total mission of the church and to provide a means through which we may express our loyalty and devotion to Jesus Christ in Christian witness, study, fellowship and service.”

We are composed of two units which meet monthly in the historic chapel of Trinity Anglican.  The Seekers Unit meets on the first Monday afternoon of the month and the Grace Unit meets on the fourth Monday in the evening.    Our meetings include worship, a program and most importantly fellowship.  For further information about our groups or Zoom meeting information please contact Helen Roberts at ivorhelen@sympatico.ca.  For Zoom information about the Seekers meetings please contact Mary Smith at kenmar.smith@rogers.com.  All women of the church are welcome to attend.

Our UCW is a member of Shining Waters Region UCW.  For further information about this organization, please contact Anne Ella Arnold at a.ella.arnold@gmail.com.

This year the United Church Women’s organization is celebrating its 60th Anniversary!  On January 1st, 1962 two women’s organizations of the United Church, the Women’s Missionary Society (WMS) and he Woman’s Association (WA) combined to form United Church Women.  The initial National membership was 300,000 making it the largest women’s movement in Canada at that time.  AUC’s two units will celebrate the anniversary throughout the year following the theme “Continuing in Hope”.

Reflections of 60 years of the UCW at Aurora United Church...

(note: Thank you to Helen Roberts, AUC archivist, for researching and writing these UCW reflections. Although UCW was formed in 1962 the following information was taken from the Annual Reports of 1977-2020 –information that was easily available at this time.)

In the 1970s & 80s between 150 - 200 AUC women were members of the UCW. These members were divided into units named Chimo, Seekers, Serendipity, Shalom, WoHelo (Work, Help, Love), and WHO (We Help Others). Of those six, only Seekers continues to meet. In 1981 Chimo closed and Genesis a morning unit, opened. This new unit had the added bonus of providing babysitting for those who had young children, the cost being divided between the mothers & the UCW. The years from 1988 to 2000 saw the opening of both the Grace and Wellspring units while WoHelo, WHO and Serendipity all closed. By 2010 Genesis, Shalom & Wellspring had also ceased meeting. Currently both the Grace & Seekers units are actively meeting, worshipping, studying, fundraising and enjoying the fellowship of good friends.

SERVICE TO THE CHURCH: CHURCH MAINTENANCE

The creation of the UCW in 1962 combined the work of both WMS & the WA.  The Woman’s Association was focused on work at home, in the local church and community. Ladies’ Aids, had for decades helped build and maintain the church. Their mandate included raising money for local church purposes. UCW continued this essential work by contributing to needed repairs & replacements to the church building, including, over many years: repair of steps at front of church, drapes & chairs for the Social Hall, paving for parking lot, the speaker system, electric retrofit, furnace fund, chimes for the organ, telephone & internet, flooring in Social Hall, chimney repair and the church operating fund. Amounts raised & contributed total over $80,000

Continuing in the work of the WA, the UCW assumed responsibility for both the kitchen at AUC and the Founders Room. Not only did this include a yearly spring cleaning by volunteers (always accompanied by liberal servings of tea, coffee & biscuits along with plenty of chatter & laughter) but also a regular cleaning allowance and purchase of kitchen supplies such as a new refrigerator & warming oven, freezer, new stoves, tablecloths, tea & coffee pots plus basic provisionsAll those attending events or meetings in the Founders Room enjoyed the warm comfort of this special room which was refurbished by the UCW in 1998 at a cost of over $30,000, a project that included new furnishings, refinishing of the board table & large cupboard doors, carpet cleaning & regular maintenance.

SERVICE TO COMMUNITY AND WORLD

Service to others has always been a guiding principle of UCW and its work throughout the years has involved fundraising to support charities both local and global. In the 1970s & 80s catering for weddings and funerals and hosting spring luncheons provided funds. Over many years the proceeds of bake sales, rummage sales, sale of plates, Fall Events, Easter egg sales, book sales and members’ offerings and donations have supported local charities. Following in the footsteps of the WMS whose focus was on mission work, UCW makes a yearly donation to the United Church of Canada Mission and Service fund. Sharing in the work and proceeds of the Fall Event during the 1990s gave UCW the resources to donate twenty to thirty thousand dollars to charity annually.

Whether cutting, sewing and delivering Christmas Stockings, baking pies, cookies and other goodies for  bake sales, knitting, sewing and crafting for the bazaars or organizing and promoting book sales, a Speakers series and other events, UCW members have cheerfully contributed thousands of hours of volunteer work all in the name of service to others. This fellowship of shared work has created many long lasting friendships.

Of some of the many UCW activities over the past 45 years: Collecting stamps, pop tabs, soup labels, eyeglasses, cell phones, ink cartridges and distributing them to various organizations.Hosting World Day of Prayer, Living Waters Presbyterial, a Gathering of Friends (UCW groups from neighbouring churches), delivering cookies to shut-ins at Christmas, sending cards of support to members, supporting Gran Aurora, collecting toiletries for 416 (a women’s shelter in Toronto), contributing to the refugee families.

Each UCW unit has its own leaders. These leaders all sit on the Executive which is overseen by a President who serves for a two year term. Following are the names of 30 women who served as UCW Presidents from its inception in 1962 to the present.

Gail and Mary moved to Aurora, joined AUC and started UCW at about the same time.

The first meeting we went to was held in someone’s home. All their meetings were in member’s homes as it was a friendly atmosphere and there was not much availability at the church. Florence Burnside invited us to go. Florence Schurman was the Unit 3 leader. She was a very dedicated leader for ages!

Unit 3 was us, Joanne Smith, Grace Smith, the Florence’s, Jean McMurchy I think, then we brought Alison in. WHO was Ellvie Bishop, and many of the “Vintage” ladies. Vi Henderson etc. - can’t remember them all. Also Sandra Bonnar, Joan Devins and many more.

·       Luncheons at which tea was poured from a silver tea service.

·       Creation of a nursery with a six-baby ‘bunky’ and toddler room with toys to accommodate growing numbers of young families.

·       Reconstruction and decorating the Founders Room.

·       Making cabbage rolls and muffins by the hundreds for sale at the bazaar.

·       Hosting an afternoon tea party – there were trivia questions all about tea, and we used fancy china tea cups and had little sandwiches and cakes.

·       UCW’s 50th Anniversary in 2012 – the theme was Tapestry of Love. We had a potuck dinner celebrating Aurora United Church women, a video using old UCW photos, a special 50th anniversary song and a Sunday morning service.

One of the most anticipated events of the year was the UCW Christmas Potluck & Annual Meeting. All women of the church were welcome to attend and some years we seated upwards of 100 women. Each unit had a job - one set the tables and decorated the room. Another received the food, kept it warm & arranged it on the food tables. Another unit was on clean-up (involving much dishwashing before the decision to bring our own dishes). Another unit prepared the program and the Executive ran the Annual Meeting.

The food was set out in the Founders Room - two long tables. We were invited to access it when our table number was called - not before! Instructions were clear - choose your table, proceed down one side only, do not change tables midway through -- the goodies on both tables were considered to be equally delicious. Fortunately there was always lots left over for second choices.

Programs were interesting & innovative. While we continued to hold our Christmas potluck at Trinity after the fire, the pandemic has forced us to celebrate through Zoom for the past two years. Looking forward to celebrating with delicious food and good company again soon - hopefully 2022 .
UCW Memories - Helen Roberts (former UCW President)