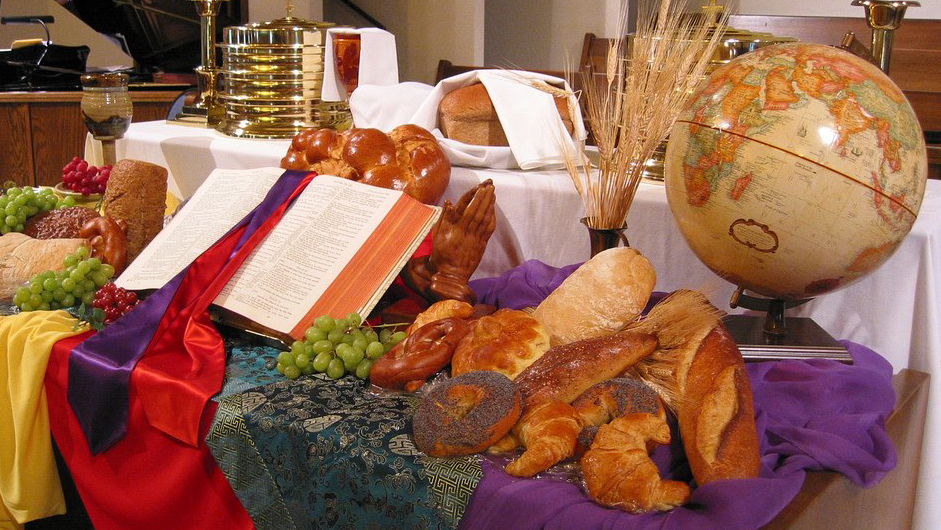 World Communion Sunday is celebrated on the first Sunday in October.

Your Support Is There When Disaster Strikes

In times of emergencies, your generosity is on the ground ready to help in over 120 countries where there are United Church partners and ecumenical relationships. Thank you!

We Are One –  Unsplash

We Are One –  Alanna Code and Allison Houston

Reconciliation in the Watershed: Reflections for Creation Time

Standing Rock: A Model of ReconciliationA Story from the Gulf of Mexico Watershed

People—Indigenous and non-Indigenous—from all the watersheds of North America came together in South Dakota (Gulf of Mexico watershed) in late 2016 to stand in solidarity with the Standing Rock Sioux.

The tribe had gone to court to prevent construction of the Dakota Access Pipeline (DAPL) on its territory, citing the need for proper environmental assessment of the impact on water and scared burial grounds. According to the UN Declaration on the Rights of Indigenous Peoples, Standing Rock had the right to free, prior, and informed consent on any development on its land—but in this case, that was not respected. Neither were the tribe’s treaty rights.

The Indigenous-led effort to protect the environment captured media attention for months, and drew together a broad solidarity movement, including hundreds of clergy and church representatives, many from our full-communion partner, the United Church of Christ. In December, the Department of the Army declared that the pipeline could not go ahead as planned because the treaty relationship had not been respected. But with the change in political leadership in the United States, that ruling was reversed and the pipeline was approved and constructed. Oil started to flow through it—and leak from it—in March 2017.

Yet there is something to be thankful for in this story. The persistence of Standing Rock in naming their treaty and Indigenous rights. The response of those who gathered from across the continent to support them in their struggle. The acknowledgement that Christian constructs like the Doctrine of Discovery are what have for the last 500 years justified the taking of Indigenous lands. The repudiation of such concepts as a first step in reconciliation with Indigenous peoples and the land.

The story of Standing Rock is not over. The legal case continues, and so does a corporate social responsibility campaign to ensure that financial institutions backing such developments respect the terms of treaties and the UN Declaration on the Rights of Indigenous Peoples. And the example of Standing Rock, where people came together across nations and watersheds to protect the Earth, stands as a model of what the road to reconciliation can look like.

Suggested video (from the United Church of Christ): The UCC Stands With Standing Rock: #NoDAPL

Prayer: We want to be respectful tenants of your beautiful garden, God, marvelling at the beauty and complexity of your creation. Forgive us for all the ways that we have hurt your good creation, and heal our relations with the stardust and water that forms us. Amen.